I entered graduate school in 1994, after having accomplished my main goals in reenactment. I earned my MA in Drama from San Francisco State University, and eventually my Ph.D. in theatre from the City University of New York.

New York and San Francisco are two great places for a teacher/actor/writer/director to live and work. For the past seventeen years I have taught communications at CUNY, while continuing to be a working artist--acting, directing, writing and producing for stage and screen. I still fight in medieval tournaments as well. My life continues to be a great adventure. How many other can truly say they get to live by their wits and their sword?

I am an actor, a professor, a speaker, a coach, a singer, a playwright, a producer, a director, and in my spare time I dress up in armor and fight with swords.

I have been acting most of m life, from elementary school onward. In 1982 I entered Sacramento State University to pursue a degree in drama. While there I got to play the kinds of rolls that abound in college--Shakespeare, Ben Johnson, Gilbert & Sullivan. I acted in festivals and small films.

I also began my career as  a medievalist, in recreation groups and performing at Renaissance fairs. These things led me to pivot from acting into writing and teaching. 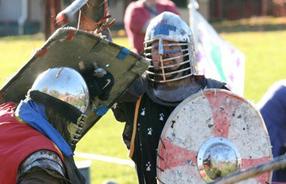 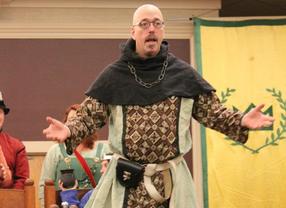